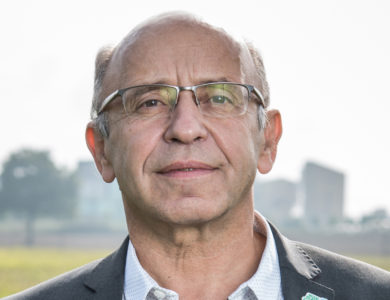 Pierre Weill, a French agronomist works since 1970 in the breeding sector. In 1992, he creates his own company: Valorex on a “new feeding concept” far from the dominant “corn-soy” system. This was the starting point of a nice adventure with a lot articles in the scientific press describing experiments involving the link between animal feeding as well as the environmental effects of breeding activity (1).
The strong link between forage choices – soil quality – animal and human health – Life cycle assessment of balanced food chain is the basis of creation of the Bleu-Blanc-Coeur NPA in 2000 (2). Today, more than 7000 farmers, 1500 physicians, 1000 food and Feed companies + chefs, scientists, consumers, etc. are members of the various association’s sectors.
Bleu-Blanc-Coeur (Healthy farming association), active in 12 countries is supported by French state (3) as well as United Nations (3).
Since 2012, Weill is also president of the “Valorial” cluster a group of 300 organization from economic and academic world which work on “tomorrow’s food and feed”. 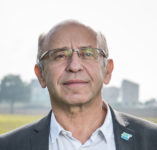